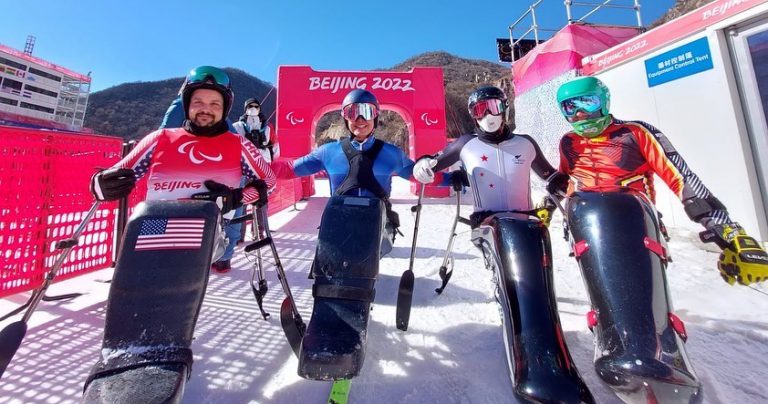 At Southern Cone Translations, we are big fans of language and sports. We avidly watched this year’s Winter Olympic Games, as highlighted on our blog, and we are just as excited to support the athletes of this year’s Winter Paralympic Games, which open today. More than 650 athletes will descend upon Beijing to compete in the 78 events across six sports.

We are particularly big fans of ice hockey, as we are proud sponsors of the Chilean National Ice Hockey Team. Unfortunately, no Latin American ice hockey teams will be participating in this year’s games, but we hope that one day they will. In the meantime, we will be rooting for the U.S. men’s sled hockey team!

Latin American and Caribbean countries at the 2022 Winter Paralympics in Beijing by number of athletes:

Among them, we’d like to highlight the Chilean skiers Nicolás Bisquertt, Samuel Fernández, Claudia Hernández, and Miguel Catalán. Best of luck to Team Chile! To read more about these athletes, see the link below:

We’ll be cheering on all 13 Latin American athletes in Beijing!

Braille and Interpretation at the Paralympics

We spoke to Cristián Valenzuela, a Chilean runner and friend of Southern Cone Translations. Cristian made his Paralympic debut in Beijing 2008 and went on to win gold in the men’s 5,000 meters T11 at London 2012, Chile’s first Paralympic medal. He most recently competed in the Tokyo 2020 Summer Paralympics and told us about his experience as a Spanish speaker and blind athlete at the games.

Only English and French have official status at Olympic and Paralympic Games, and in practice only English and the host country’s language are widely used. Because of this, Cristian tells us that there were in fact barriers to communicating for non-English speakers.

“English is the language that takes precedence in the Paralympic movement in the world and its tournaments. It’s very difficult to have access to interpreters because there are one, two, or three per delegation of 30 to 40 people [at the Summer Paralympic Games]. Usually they assist the managers for the most part. Being a Spanish speaker, I’m a little more isolated from other athletes who don’t speak Spanish,” Cristián said.

Cristián also reported that braille was not widely available for him, and when it was, it was English or Japanese braille. “There really isn’t much braille. The same happens with Braille as with Spanish. Braille is just a writing system. The little braille they had was either in English or Japanese.”

From Cristián’s comments, it is clear to us that there are still substantial linguistic advances to be made in the world of Paralympic sports, for the sake of accessibility as well as intercultural exchange. In the same vein, sign language interpretation also presents a challenge at the Games.

At these multinational, multisport games, communicating well is an enormous challenge. There is a clear need for more widely available interpretation and translation of spoken and signed languages, as well as the expanded use of braille. Just as all athletes should be able to compete at their level of ability, they should also be able to read and communicate in their own languages.

Southern Cone Translations sends our best wishes to all athletes, interpreters, and translators at this year’s Paralympics!